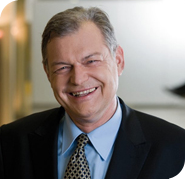 Claude Béglé has a Ph.D in Economics, a Master in Law and a Master in International Relations. He started his career in Southern Asia with the Swiss Development Agency. He then joined the International Red Cross with postings in Lebanon and Zimbabwe.

He spent 14 years with Nestlé in Africa, Latin America, Eastern Europe and at the company Head Quarters in Switzerland, holding marketing, M&A and general management positions.
He then moved on to Philip Morris, as Managing Director in Poland, running the business as well as a large privatization program.

After his FMCG years, he moved over to the logistics sector, as Vice-President of TNT Europe, responsible for 56 countries, from Europe to Central Asia.

He then joined the French Post, as Executive Vice-President of Geopost and Chairman of the DPD (global express parcels) franchise network, which grew from a small entity to a group of over 20’000 employees.

Claude Béglé was then hired by the German Post, as a Divisional CEO in charge of DHL Germany and Central Europe, responsible for a business unit of USD 8 billion.

In 2009 the Swiss Government appointed him Chairman of the Board of the Swiss Post. The entity has revenues of USD 9 billion and over 40’000 employees.

He founded SymbioSwiss in 2010, where he serves as Executive Chairman and CEO. The company`s first mission was to design a Cleantech strategy for the city of Geneva. Now its mission statement has widened to include public affairs at large and in particular sustainability. He is a member of the Clinton Global Initiative and Ambassador of Arnold Schwarzenegger R20. He deals with both private and public activities, among others, in the field of infrastructure and smart cities, cleantech and academia.

As far as the business is concerned, he is Chairman of the Board of five companies ( in Switzerland, Singapore and India), and Board member of several others. He is also developing “champion projects/companies” through the Club of Entrepreneurs, an investment, partnership and coaching organization.

On the political side, after winning the 2015’s election, Claude Béglé is also a member of the Swiss Parliament (National Council) and, in particular, a member of the Foreign Policy Commission. He is also Co-Chairman of the Christian Democratic Party for Vaud Canton.